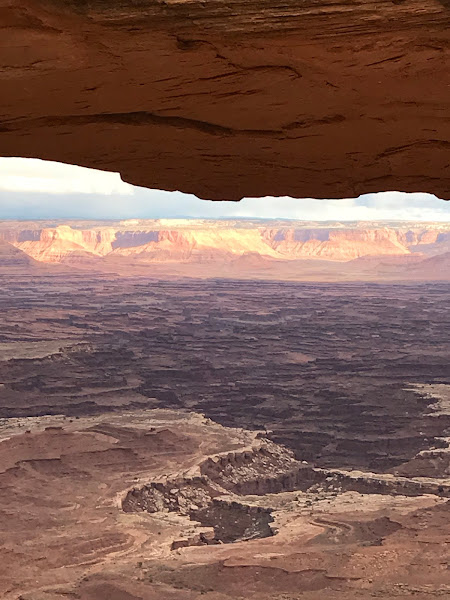 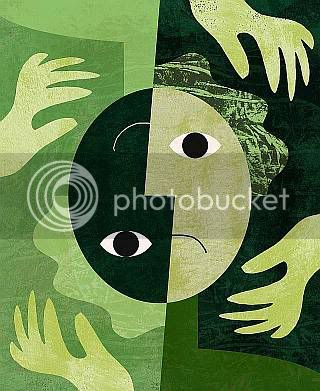 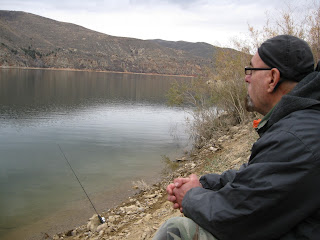 David and I went fishing one last time for the season. Although it was overcast and chilly, and the fishing was slow, David was more relaxed and able to enjoy the peaceful day. The depression that has had him in its grip all summer and fall is finally loosening its hold. We don't know why exactly, but we're grateful that it is and that David can find more enjoyment in life.
The dogs had a good time running around and kept us entertained. When Sunny, our toy poodle, get tired of the running he likes to curl up in my bag for a nap.

Lucy, our lab/pointer mix, is still afraid of the water. We thought she'd outgrow her fear and take to the water as her breed is known to do. But no; she still refuses to get wet above her knees.

She and David were playing a game of fetch when the stick landed in the water, just outside of her comfort zone. She wanted that stick!

She stood on the rocks at the shoreline and stretched as far as she could. She went in up to her knees and tried to reach for it, but no luck. The stick was within easy reach if she would go just a little further in, but she wouldn't do it. Instead, she paced along the shore and whined and paced again.
Even though the stick was moving closer to shore, she wouldn't reach for it. I finally coaxed her, and sweet success!
She retrieved it and pranced around happily.

Isn't that how we behave on occasion? So often a goal is within reach if we'll just stretch a little and move outside our comfort zone. That's when we need encouragement and support from those who can see what's ahead better than we can.
I also spent some time reading a new book about the history and purpose of Relief Society. I enjoyed reading about this organization and liked what Eliza R. Snow, an early leader, had to say, "Let them seek for wisdom instead of power and they will have all the power they have wisdom to exercise." The book also discussed the importance of unity and cooperation. I appreciated this excerpt from the Proclamation on the Family: "Happiness in family life is most likely to be achieved when founded upon the teachings of the Lord Jesus Christ. Successful marriages and families are established and maintained on principles of faith, prayer, repentance, forgiveness, respect, love, compassion, work, and wholesome recreational activities." David and I have found that using these principles are absolutely vital in our efforts to understand and keep this disorder under control.
Like Lucy and her stick, it was only when we finally put aside our fears and pride that we were able to work together much more effectively to reach our goal of stability and peace.

On the family front: Happy Halloween!
From our party last weekend: 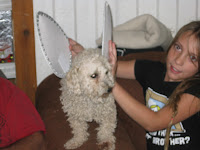 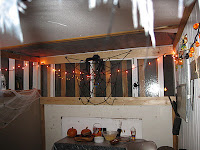 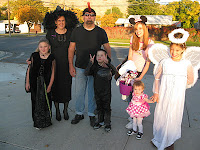 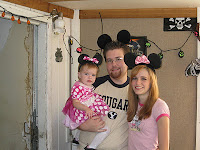 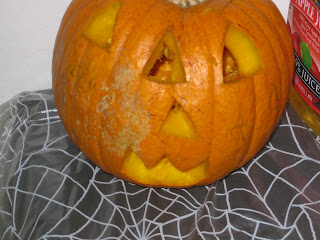 A Day of Fishing and Relaxation

The sun was shining, the skies were blue, and the temps mild. David and I loaded up the car with fishing gear, food, and the dogs. We headed out to our favorite fishing spot at Lost Creek for a day of fishing and relaxation. 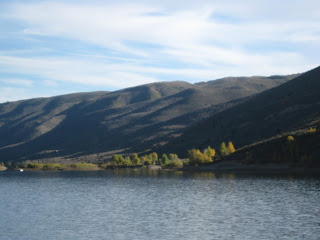 I have been frustrated with a bad case of writers block and hoped a change of scenery would help. While David set up his fishing gear, the dogs and I took a long walk in the surrounding foothills. The weather and lighting was just right to play around with photography. I feel my muse returning. 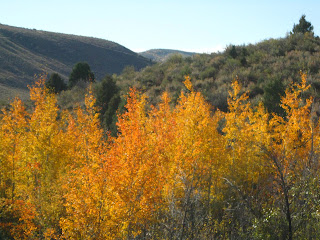 The fishing has been really slow all summer and fall. We think it's because the spring and summer were so wet that there was an abundance of feed, and the fish were interested in bait and worms. Whatever the reason, David was a bit frustrated because he only had a few nibbles and one catch. I took a sip of juice and met up with a bee who had the same idea. OWWW!

David is still working through some depression, but he's taking the right dosage of medicine, avoiding triggers as much as possible, and working hard to keep it from overrunning his life. He recently started working at a condominium where he does light maintenance work and can set his own time and pace. We're grateful for it.

On the family front:
We visited our son Ben and his family for my birthday in September. David had a bad case of travel anxiety before we left, to the point where I seriously considered leaving him home. Fortunately, once we were on our way he calmed down, and we had a nice three hour drive north. I forgot my camera in my haste to get going! We enjoyed a relaxing visit, were excited to see their new home, and had fun playing with the grandchildren (ages 5, 4, 2, and 6 months). When four-year-old Hailee found out it was my birthday, she said, "Where are your presents? She giggled when I said, "You're my present!" I don't think she believed me, but seeing them settled and happy was the best present I could ask for.

I had a nice chat with Soldier Brian recently when he was home on mid-tour leave. He had a great time relaxing and being with his wife and three young children (3, 18 months, 7 months). "They've grown so much since I've been away!" he said. Brian puts in long hours, but he says it helps the time pass quickly. We'll be glad when he's back home to stay.

Our Mexican branch of the family are also doing very well. I've been able to call them regularly. I'm so grateful they now have cell phone service. They recently began attending their local ward, and they all tell me how much happier they are. Thirteen-year-old Zachary says, "It's changed our family for the better." I hear it in their voices, and I believe him.

We're having a halloween party next weekend for the family here in the valley. I can't wait!

When I get tired and discouraged I am learning to change my thinking and count my blessings instead. And, truthfully, even with our challenges, we have much to be grateful for.